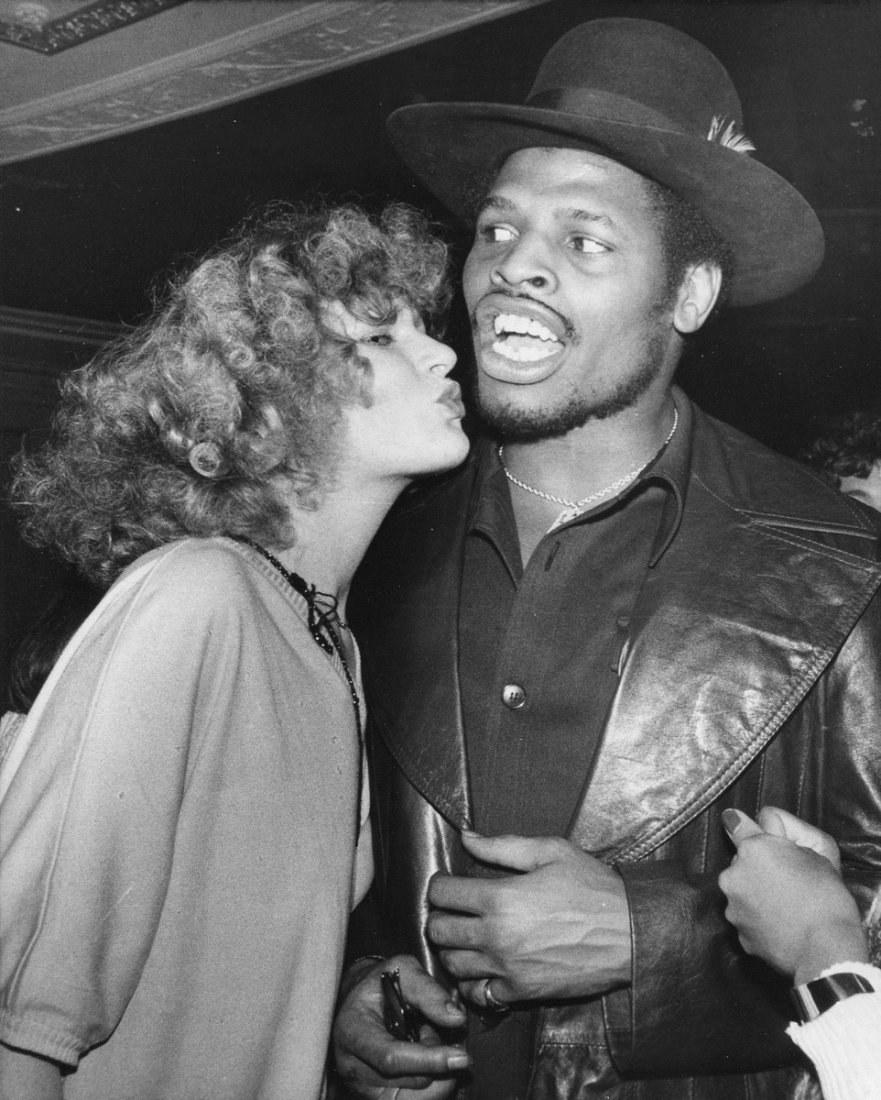 A hangover/holdover of the Studio 54 era, Leon Spinks staggered, knock-kneed and disco-biscuits screwy, into the sputtering 1980s. After upsetting Muhammad Ali in 1977 for the heavyweight title, Spinks went on a one-man spree nearly devoid of glee. But chaos? Sure, there was plenty of that. After all, Spinks had the impulse control of Dirty Harry Callahan and worse luck than Seth Brundle. His bodyguard, Mr. T, was a Mohawk blur trying to keep up with “Neon” Leon, and the same could be said of his entourage, urban piranha weighed down by gold chains. Dead presidents were the kiss of death for this confused young man who had grown up in the Pruitt-Igoe housing project. With lottery-sized earnings from two fights against Ali, the 1976 Olympic gold medalist and ex-Marine went AWOL from reality for the rest of the decade. When he returned, in the midst of 1980s excess, he must have been surprised at how little glitz was reserved for him. By 1981, “Neon” Leon was inspiring headlines like “Another Spinks Mishap.” Ironically, Spinks had nary a bad bone in his body, and the first of his last days as a prizefighter—the beatings, the court proceedings, the police blotters, the flesh peddlers nibbling—add up to an uncommonly sad sad. Even, it has to be said, for boxing.

By the late 1970s, Leon Spinks seemed to be a permanent headline, as well as rich material for late night talk shows and comedians. It was only natural, considering some of the absurd adventures “Neon Leon” went through after becoming the heavyweight champion of the world. Even Spinks could laugh along with the rest of the sporting nation. “What’s that man…that tells jokes on The Gong Show…has a bag on his face?” Spinks asked Phil Berger. “Yeah. Unknown Comit. He made a joke on me one night. Said, ‘I’m going to do an image of Leon Spinks.’ Turns around, took the first bag off, put another bag on his face. Had the whole front of the bag black, with two teeth missing …. That gassed me, man. I die laughing. I went in and holler out to my wife. Said, ‘This fool is doing an image of me.” But it was Richard Pryor who turned a notorious Spinks cocaine bust into an uproarious skit. A few years later, though, during the dark days of the 1980s, things would not be nearly as funny for Leon Spinks.

Read about the night “Neon” Leon Spinks defeated Muhammad Ali for the heavyweight championship of the world. 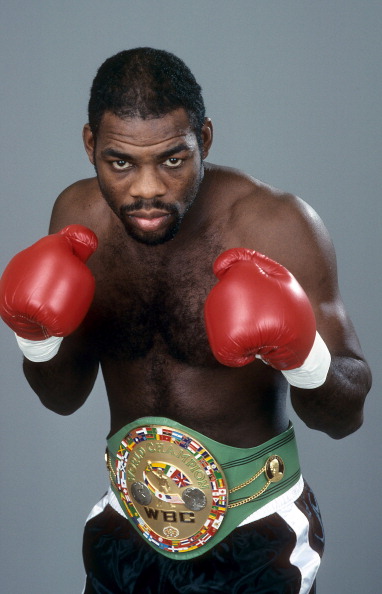 He had a scowl that could clear out the D train during morning rush hour. Iran Barkley, once a member of the Black Spades when street gangs roamed the lawless, lightless badlands of the Bronx during the Golden Age of urban blight, was a rawboned powerpuncher fueled by rage. Barkley was all seething ire for much of the “Me, Me, Me” decade. The targets of his anger? The top money ranks, embodied by the trio of Marvin Hagler, Thomas Hearns, and Ray Leonard, who cashed oversized paychecks with both glee and regularity. Despite showing promise as an amateur, Barkley never got a signing bonus. An Olympic medal was as far away from him as the Khyber Pass was, and CBS, NBC, and ABC, alas, had no interest in him when he turned pro. So it was years of toil on the Atlantic City tour, and on one of his hard-labor stops along the way—in just his 9th paid bout—Barkley was overmatched and taken out by Robbie Sims, 18-3-1, in six slashing heats.

END_OF_DOCUMENT_TOKEN_TO_BE_REPLACED

Carlos Acevedo is the founder of The Cruelest Sport and a member of the Boxing Writers Association of America. His work has appeared in Boxing News, Remezcla, and Boxing Digest. He is also a contributor to HBO Boxing and UCN. His stories "A Darkness Made to Order" and “A Ghost Orbiting Forever” both won first place awards from the BWAA.
Loading Comments...